It has been announced that the New Swindon Company is to be replaced by a new company tasked with doing… well, almost exactly the same as the New Swindon Company was. This smacks of an attempt to hide failure that’s no more likely to succeed than renaming of Windscale nuclear plant as Sellafield did. According to Swindon Borough Council’s Mr Jones,

The new company will be responsible for the integrated plans for economic development, growth and regeneration.

Hmm… that’s so different from the purpose of the New Swindon Company.

The New Swindon Company was formed in 2002 to stimulate investment and co-ordinate plans for revitalisation of the town centre as a key component to achieving sustainable economic growth.

What’s not so clear from the announcement is how this new bureaucracy will be funded. The New Swindon Company was funded by tax payers through three routes: Swindon Borough Council, the South West Regional Development Agency and the Homes and Communities Agency. Funding from the last two does not seem to be guaranteed. Mr Jones hopes the new bureaucracy will obtain more funding from the private sector. Whether local people wish their town’s regeneration to be lead by an organisation dominated by developers is a question he seems not to have pondered.

As usual, at the conference where this piece of deckchair shuffling was announced, Mr Bluh was in full head-in-the-sand mode.

I find it the most exciting place I’ve ever lived in. We must not pick up the negative side but keep positive. I feel certain we will come out of the recession on the right side. We certainly have got the product here and it is our job to sell it.

Blind, unquestioning optimism has never been a virtue. A decade of demolition and degeneration has not changed that. 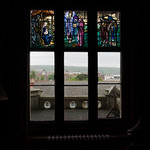 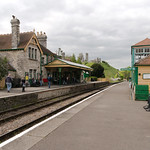 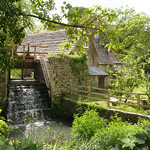