In January I commented on the launch on Wiltshire Constabulary’s website of maps showing crime levels. Now, less than ten months later, they’ve launched new maps’ nationally, showing exactly the same statistics. What do these maps tell us? Mainly, that the police are adept at wasting taxpayers money. These maps have, apparently taken months of work, yet are worse cartographically than those they replace. As shown in the screen shot below, the maps are very rough, with gaps and overlaps between reporting areas. And if you’re not using Internet Explorer then sorry, these maps aren’t for you. So that’s months of work to deliver a poorer product than they had ten months ago.

Wiltshire police should stick to what we pay the policing component of council tax for… catching criminals.

I’ve been waiting for a couple of days to comment on the recently reported complaint statistics for Wiltshire Police. The figures quoted by the Adver don’t seem to add up.

So is that 284 complaints or 483? Unfortunately, the Police Complaints Commission report to which the Adver refers has gone missing from their website: the links on their statistics page go nowhere for the 2008/09 statistics. What I can see, from last year’s report, is that the Wiltshire police were then subject of 234 complaints and 433 allegations. So it appears that in reporting the latest statistics, the Adver’s Ms Hilley has got a little confused between allegations and complaints. That’s despite writing in her report

People who complained made 1.7 allegations each on average.

To be clear: one complaint can cover several allegations. But then one can hardly blame Ms Hilley for being a little confused, as the press release — a fairly bland bit of whitewash — does its best to blur the distinction too.

As in previous years most complaints are about ‘neglect of duty’ (24%) and ‘incivility’ (21%), essentially being rude and late. The proportion of all allegations that are substantiated is 10%.

There, in just two sentences, they heave a large dollop of mud into the already less than crystal clear statistical waters. With complaints nationally rising steadily in recent years, it’s no doubt something the government would rather not be that clear about.

I’ve been looking at the new maps of reported crime on Wiltshire Constabulary’s website. What have I learnt? I’ve been reminded of the public sector’s inability to produce good interactive sites — the only way to get the maps to show different statistics is to repeatedly toggle their display on and off, and navigation is painfully slow — but have learnt very little about crime levels.

I’m left wondering just what the statistics cover. For example, there is, according to the maps, very little violent crime in Swindon Town Centre, so does that mean that the drunken violence in Fleet Street that is so often reported in the press is not significant, or is in some other category? There’s nothing on the Wiltshire police website that explains, and the explanation on the Home Office website is less than helpful. Then there’s the matter of how much reported crime actually gets recorded….

It may not have cost much (though given the record of public sector computing projects, I doubt that) but I’d rather the time and money wasted on producing these uninformative maps was spent on actual policing.

When I started investigating the story in the Adver about a failed bid for Highworth to get some regeneration funds from the South West Regional Development Agency, I soon found myself going round in circles. A quick look at the Highworth Community Partnership Group’s website revealed that it’s not really a partnership at all. The steering group seem to be self-appointed. There doesn’t even seem to be a representative from Highworth Town Council, though it is closely linked (the council takes care of the partnership’s finances).

‘a community-led initiative which helps local people to prepare and implement a plan for the future of their town and surrounding area’.

If you’re reporting a story that does little more than regurgitate some press releases, you’d at least try not to make any errors in what you copied, no? Step forward the Adver which, in publishing a story based on a press release from Wiltshire Criminal Justice Board, has managed to misquote the figures from an Institute for Public Policy Research (IPPR) press release.

The number of youths cautioned for criminal offences has grown 12 per cent in the last six years. The number convicted of a crime rose by three per cent since 2002.

What the IPPR figures actually stated was that the number of youths cautioned or convicted for criminal offences has grown 12 per cent in the last six years whereas for adults the rise is three per cent.

The Wiltshire Criminal Justice Board’s response to the IPPR report is to claim that the number of youths cautioned or convicted for criminal offences has decreased by 13 per cent in the last two years. In a later press release they go even further.

In the past three years we’ve seen a fall of nearly 40 per cent in the numbers of young people entering the youth justice system.

Well, that’s comforting isn’t it? No mention of detection rates or of the numbers of crimes being reported. As long as convictions are dropping, everything’s fine.

On the basis of the analysis done by the Wiltshire Criminal Justice Board, we’d be far safer if the police were abolished, because then no children would be convicted or cautioned. And regardless of what has happened in the last two years, by the boards own measure, youth crime is 12 per cent higher than six years ago. Just two years of figures are hardly evidence of a downward trend.

With all the fuss in Swindon over the possible reintroduction of a canal, Wiltshire’s county town provides a good example of how not get the best value from a canal.

Trowbridge has very little to offer any passing tourists, so you might think that they’d make the most of what little they have. You’d be wrong. Access to the Kennet & Avon Canal is down a poorly signposted — just one tiny sign in the whole town — footpath through the appropriately named Canal Road Industrial Estate, about a mile from the town centre. Hardly the most attractive route to what is probably Trowbridge’s best tourist asset, and that one sign is at the entrance to the industrial estate. An alternative point of access to the canal, Hilperton Marina on the outskirts of the town, barely gets a mention either.

All the other towns along the route of the Kennet & Avon Canal seem to have benefited from its presence; Trowbridge, though admittedly with less to gain, has apparently chosen to miss out.

You’d think that, with the reputation large public-sector computing projects have for being late and over-budget, any public body would want to avoid headlines blagging about multi-million pound savings from some new gee-whizz integrated computer system. Wiltshire County Council clearly has a lot to learn….

Business streamlining project will save up to £11m a year
A project to streamline the way Wiltshire County Council supports front-line services has taken a significant step forward.
Members of the county council cabinet have selected Logica to work with it to enable many internal services to be provided much more efficiently.
The business management programme will simplify and standardise the way many processes such as invoicing, procurement, payroll and human resources are undertaken, through the reorganisation of services and the installation of a new, fully integrated computer system.
The move will potentially save the new One Council for Wiltshire between £9m and £11m a year after the initial investment of £8m is repaid.

It’ll only take a little over-optimism on how big the savings will be, combined with some traditional public-sector mismanagement of the computer project, for those savings to shrink to zero.

If you’re going to splurge vast sums of money of IT consultants and feel the need to publicise it, ’tis far wiser to do it somewhere nobody will look.

Wiltshire County Council is planning some new lighting schemes which they claim will save up to 50% on energy use in summer. The saving is obtained by turning the lights in housing estates off in the middle of the night when nobody’s about. This, apparently, requires a high-tech system with central control.

Does nobody in local government remember the low-tech option? komadori can remember timer-controlled lighting, replaced in the late 1970s, which went off at 1 am and came back on at 5 am. No central control room, no expensive electronics, same effect. Such is ‘progress’.

The assistant chief constable of Wiltshire Police seems to think that the state of local policing is good.

The present position is a good news story for Wiltshire which remains not just a beautiful County but one of the very safest places in which to live and work, with a police service that continues to improve and, in a number of areas is viewed as being at the cutting edge of modern policing.

Apparently ‘cutting edge’ means being incapable enforcing a dispersal order, and not having adequate back-up support for police-on-the-cheap (a.k.a. PCSOs). Let us hope it never descends to less than cutting edge. To quote the first recommendation of the report on Wiltshire Police by Her Majesty’s Inspector of Constabulary.

That the force continues to build capability among its Neighbourhood Policing teams, including a clear vision of how the teams can ensure that their work – while maintaining focus on neighbourhood priorities – is closely integrated with the force strategy for the reduction and detection of volume crime.

The force clearly has a long way yet to go.

Excuse me for being slightly underwhelmed by the new name for the unitary authority that will replace the existing district and county councils in Wiltshire. The new name? Wiltshire Council. Wow! How original and distinctive.

The newness and difference in identity is… stunning. 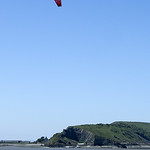