It seems that Mr Heenan has taken the political silly season to heart. It difficult to see any other explanation for his apparent sudden disliking for takeaways.

Mr Heenan has been involved in development control , having been on Swindon Borough Council’s Planning Committee — more recently as committee chairman — since he was in his political nappies. He would be aware, one would hope, of the contents of his council’s Core Strategy, which requires local retail centres in all new developments to be in close proximity to other community facilities. In particular, if you look at any of the maps for new developments around Swindon in Part 4 of the strategy, you will see that each one has the ‘local centre’ and primary school located together. Any retail development outside of the the local centre is strongly discouraged by the strategy.

Now komadori is only a very occasional eater of takeaways — about once per month — but they are an essential part of of any local community centre, along with a small general store, a pub and, quite often, a hairdressers. If there was evidence to support Mr Heenan’s ideas, perhaps it would be reasonable, but there is no hint of evidence in the agenda for the meeting at which Mr Heenan proposed this idea. And if takeaways should be banned, then what about general stores that sell sweets to children? And what about all those parents that drive their children to school — why not ban petrol station shops from selling junk food as well, in case the parents stop-off on the way and buy their kids something unhealthy? If Mr Heenan’s really concerned about children’s health, why not ban parking and waiting near schools, so that all children have to walk to school? All of these suggestions would be regarded by some as ridiculous, yet all could have just as big an effect on children’s health.

Mr Heenan’s proposal is bereft of logic. To me this looks no more than a quick-fried policy, cooked-up in a hurry and quickly served to grab some summer headlines.

’Tis amazing sometimes just how tenuous are the causes for complaint put forward by nimbies. For those living near a large car assembly plant, you’d think that distractions from a couple of wind turbines would be the least of their concerns. Apparently not. South Marston parish council are worried about strobed sunsets.

We’re concerned because it’ll be situated to the west of the village which means when the sun sets there may be a sort of strobe effect as the turbines go round.

Perhaps if the sun always set at the same point on the horizon, regardless of the season, it might be a legitimate concern. If clear sunsets on a windy day were a common occurrence, perhaps I’d have a little more sympathy for the potential mind-blowing effects of a dazzling stroboscopic display. Perhaps.

Mr McEwen, the chair of South Marston parish council, is also worried about noise from the turbines.

Also, we understand that there are noise issues which are currently being checked out and I’ll be very interested to see the reports on how those issues are going to affect people.

Perhaps he’d also considering campaigning against leaves on trees that rustle in the breeze.

Whilst attending yesterday the New Swindon Company’s exhibition on their plans to emblandise Regent Street, I learned a new bit of developers’ fake psychology. What the man from their consultants said was that the current paving in Regent Street — and elsewhere in the town centre for that matter — is too ‘busy’. Apparently, it’s too distracting and takes people’s attention away from the shops. By making it blander, they think people will look more at the shops and their ‘interesting’ architecture, and go in to buy something. This does, of course, presuppose that there are rather more shops open in Regent Street than there are at the moment. It also presumes an interest amongst shoppers in paving that, I suspect, only a street designer would have. And it’s surely only such a designer that could convince themselves that something — lighting in this case — is ‘inspired’ by a tramway, simply by virtue of being in a straight line.

This exercise in repaving — like others before it — is expected to achieve a miraculous transformation.

The concept design for Regent Street aims to provide a vibrant, accessible street scene, encouraging visitors and shoppers to come to Swindon town centre as an exciting destination in its own right as well as for its many shops.

That, you may notice, is what was said about repaving Canal Walk.

So next time you’re wandering along Regent Street, engrossed by the paving, please look up. The street designers expect nothing less of you.

Hilary: Is that a new laptop carrying capability you’ve got there?
David (preparing to leave): Err?
Hilary (pointing): Your bag, is it new?

(Overheard today, and spoken without even the faintest hint of humour or sarcasm. Names may have been changed to protect the parasite over-paid innocent.)

It really is time that Mr Montaut remembered that he is a councillor for Central ward and should be representing the interests of the people that live there. Not for the first time, central Swindon’s clown councillor seems to be putting political interests before those of his ward. Given the choice of putting a Christmas tree on the Magic Roundabout, or putting it somewhere else, Mr Montaut prefers the somewhere else option.

There are other parts of the town that could benefit from something like this and I think the money would be better spent in those areas.

With representatives like this, who needs enemies? Mr Montaut also seems to know some giant football hooligans.

There is also the possible problems you could have with the sad minority of people who go to football matches to cause trouble – it could be seen as a trophy to opposing fans.

It’d take a rather substantially built hooligan to carry away a 49 ft tree as a trophy… but apparently in Monty’s fantasy world, anything is possible.

Swindon Borough Council must design their plant pots very precisely. It’s a pity that those delivering a Christmas tree to the magic roundabout didn’t weren’t so careful.

What’s an extra 10 ft of Christmas tree between friends? Enough to convert a good idea into a farce. No doubt the critics of this bit of decoration are sharpening their prose already….

It seems some people in Pinehurst are surprised to discover that, if you break parking regulations, you might be punished. In one case, even after fifteen parking tickets in just over one year, the message has not got through.

It’s really irritating people now. Where are we supposed to park? If we park on our side of the road we get tickets.

Clearly, not on their side of the road, which has double yellow lines. Nor for that matter on the footpath, as appears to be the case in the Adver’s photograph.

It’s strange as well as someone seems to be blacking out these double yellow lines. Then the council comes out and paints it up again.

What do they expect? An approach where anyone with a pot of black paint and a brush can park wherever they like?

The residents on the other side of the road can park outside their homes but we can’t. I really hope a solution can be found.

Try crossing the road. This isn’t the densest area of housing and most houses in the street — including some in this terrace — have off-road parking. A quick look at some aerial photographs shows a relatively clear street, except for this little group with their cars parked up on the footpath.

Whilst browsing the local red nest’s website, I came across a page titled ‘Labour Party across Swindon’ which is ‘dedicated to the work that happens across the borough, containing news and views of members and activists who engage in important work within your community’. It seems they’re not doing very much work: the page is blank.

It seems strange that, when police and public are becoming increasingly paranoid about anyone with a camera in any urban location that’s not a tourist trap, 24/7 CCTV surveillance is regarded as essential in protecting Swindon from terrorists. A consultants report for Swindon Community Safety Partnership — the organisation that brought us lollipops as a remedy to drunken brawls — has raised concerns about the uncoordinated approach to CCTV. A report to the next cabinet meeting of Swindon Borough Council concludes

The Town Centre systems that exist are not currently monitored 24/7. The effect of this is that there is no pro-active CCTV cover at peak times. Similarly, if a major incident occurred in the Town Centre, coordination of the existing systems to monitor the incident and response is likely to be difficult.

Hmm… and permanently monitored CCTV would solve that? To quote another part of the same report,

Government’s national CCTV strategy identifies that an estimated 80% of data from CCTV is of questionable quality.

So the report is recommending investing in a central control room, to monitor at all hours CCTV footage that is acknowledged to be of questionable value. It makes as much sense as hiring a conductor for an orchestra where all the instruments are out of tune. It’ll look impressive and coordinated, but the overall result will be barely distinguishable from the chaos that went before.

Just three months ago there was that most ‘innovative’ campaign in Fleet Street, using lollipops as an antidote to drunkenness. Now, in yet another great medical advance, a unit of Swindon Borough Council is reported to be attempting to fight drug addiction by handing out mugs and pens.

I think I might set up a consultancy business, advising councils on how to reduce gun crime by handing out chocolate biscuits. With councils like Swindon’s around, I’m sure I’d make a fine profit…. 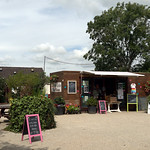