It being Easter, komadori will be busy for the next few days attempting to hatch a few chocolate eggs. Normal service will resume shortly.

Having had a difficult job interview this morning, I have consoled myself with a visit to the local Cadbury store. £15 spent. ’Tis a lot of creme eggs!

’Tis Friday, but there was no battered fish on offer in the canteen today. Breaded fish and poached fish, but not battered. Very disappointing. So disappointing that I had to resort to the ‘vegetable and lamb pie’, the filling of which was rather thin. The canteen gravy contributed more lamb flavour than the pie. I think that is all that need be said on this poor offering. They could definitely learn from the Terra Nova in Cardiff.

The chocolate and strawberry sponge pudding was a little more satisfying. Suitably moist, but rather an all or nothing affair when it came to the strawberries — they would have been better chopped rather than whole.

All-in-all a bad day rounded off with a poor culinary offering and England losing their first match in the cricket world cup.

Very disappointed with today’s pudding in the work canteen. It looked so nice: chocolate sponge with a sticky chocolatey-toffee topping, all in chocolate sauce – lots of chocolate sauce. Sadly, no amount of sauce could make up for the extreme dryness of the sponge. It totally spoilt my lunch break. A creme egg and a mug of hot chocolate this evening have almost made up for the disappointment.

Whilst Swindon may not be the first place many people would choose to live, it does have some advantages. One is the Cadburys shop in the Designer Outlet Village. It sells discounted chocolates, with nothing more wrong with them than being slightly misshaped or the wrappers not on neatly enough. I bought nine creme eggs at the weekend. I only have six left now. Delicious.

An all-day meeting with external visitors at work today finished early, resulting in their afternoon tea being brought out for people in the office to eat. Three chocolate croissants and four biscuits (one of which was a bourbon and one a chocolate chip) was maybe a little too much chocolate. I am definitely on a sugar high at the moment. 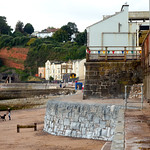 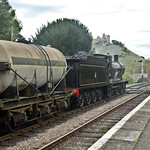