It’s good that we now have some more details and the rather speculative proposal for an indoor ski slope on the site of the Oasis. It’s less good that the reporting of those details is at best regurgitating the sales talk of the promoters and at worst just wrong.

THIS is the image that could represent Swindon to the rest of the country, and the world.

Actually, the image I have reproduced here is what the facility might look like — if you’re gullible enough to believe artist’s impressions that is. The image illustrating the Adver’s story is of the building with its lid off.

The multi-million pound snow dome would play host to the longest ski-run in the world.

Aah, spot the journalist who’s swallowed the promoter’s hype at face value. The actual length of the ski slope is just 980 ft: hardly world-record breaking. As explained on the promoter’s website, the design incorporates a moving circular slope that continuously rotates. The claimed length of the ‘ski-run’ is the distance that someone could ski in one hour — about 12 miles or 19 miles, depending on which page page of their site you believe — with the run rotating at maximum speed. That’s rather a lot of snow and hardware rotating at just under one revolution per minute.

THE SKI-TRAC DOME houses a huge 175-metre (570 ft) diameter rotating snowfield…. Using new “Mag-lev” technology, the snow deck, with its 200 mm (8 in) snow cover will “float” on an electro-magnetic field without the need for wheels, thus ensuring frictionless, vibrationless, silent, and maintenance-free rotation.

And that’s a maintenance-free flying pig I can see coming in to land. Nothing as big and complex as this bit of machinery is going to be maintenance free.

The whole contraption, including other attractions, climate control and snow production, would consume enough power that it would need its own gas-powered turbines to provide electricity.

Though such a venue might be a great asset for Swindon, in both planning terms and technology this proposal seems to have a very long way to go before getting vaguely close to reality. 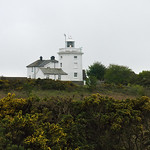 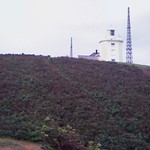 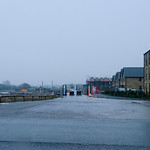